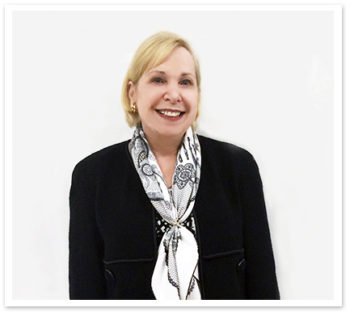 In search of perpetual Renaissance
Moving the Needle on  Life Aspirations

CEO of EOLIS International Group and a certified employment consultant and certified professional coach, Wendeen is an innovator, prepared to set the example, for others, but respectful of others' prior contributions.  An  entrepreneur,  legal consultant,  public official, journalist, motivational speaker and guru in decoding "Negotiating  DNA," she is also the first woman to "cash" in the main event of the World Series of Poker, and the first woman to do so twice.

In business, Wendeen and her teams of decision strategists interact with power poker players from the board room to the "situation room" and in  card rooms, too, with advanced people reading skills that anyone with discipline, desire, and determination can master.  For more info about Wendeen's life in raising the stakes--succesfully,  in business, politics and poker rooms, E-mail: eolis@eolis.com / Call: 212 472-4000

A World of Negotiating Experience

a wide range of personal connections and an insatiable thirst to learn and grow. 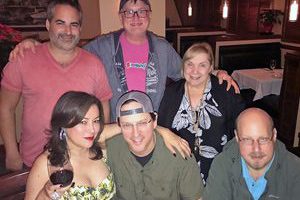 (Fort Lauderdale, FL) After racking up our chips, we called it a day on the set of Poker Night in America, the poker reality show that airs on the CBS Sports Network. The high-stakes competitions showcase poker skills, lucky streaks, gambling styles, grit and gab. To my left, at the poker table was the handsome sharp-as -a-tack, poker genius, Doug Polk. He bought into the game with an intimidating $100,000. To my right was semi-pro Avi Freedman; he's been killing ...
Read More →
See More of Wendeen's World

Masterful Poker Strategies for any Negotiation

Wendeen Eolis looks upon the pursuit of excellence across multiple platforms as her winning strategy for "a life well lived."  She celebrates perpetuation of  Renaissance -- across the board!

A recipient of numerous industry awards, corporate honors and government citations, including Corporate Live Wire's Innovator of the Year (2015) and Corporate Vision Magazine, CEO of the Year (2016), Wendeen Eolis marks 50 years of leadership in 2017 with a history of notable "firsts."

Wendeen Eolis has been the subject of numerous feature stories--including profiles of her business activities, public service, and poker exploits-- in an extraordinary range of print, broadcast and digital media reports--from The New York Times, to the Daily News, from GQ Magazine to the National Enquirer, from BBC to Court TV, from A&E Biography to ABC News and more.

She has been quoted as a legal consulting expert in The New York Times, the Wall Street Journal, the Financial Times, the Washington Times and the American Lawyer among scores of media outlets that seek her opinions. Her testimony as an expert in courtroom cases and arbitrations  have made national news in the NY Law Journal, The American Lawyer, the Manhattan Lawyer  and on Court TV (Tru TV)

As a coach who specializes in career optimization and reputation management online and offline, Wendeen's people reading expertise and advice on effective negotiating tactics have been sought by investigators and reporters behind the scenes and  have been reported in business/human interest articles published in the likes of The New York Times, the New York Daily News, New York Magazine and Manhattan Inc. in feature stories about Wendeen.

Wendeen's status as a poker celebrity with 10 record-setting performances as a woman  in world class events prompted scores of stories in poker and gaming publications around the world and special nods from WSOP legends like Johnny Chan and reporters like James McManus in The New York Times.

Recognized as the "Grande Dame of Poker" by the Commissioner of the World Series of Poker, in 2006; that moniker has stuck with her!

An activist, Wendeen fought successfully to end smoking in Donald Trump's poker rooms and has been an ambassador, for non=smoking and abuse-free poker rooms, ever since. Wendeen also served as the Chairman of the World Poker Association.

At Wendeen's request, her appearance on  A&E Biography Close Up, was filmed at a Tunica Mississippi  casino, to showcase the improved literacy gaming taxes had brought to the poorest county in the poorest state of the country.

A print and broadcast journalist, Wendeen Eolis often  connects her adventures in business, politics, and poker to negotiating principles she applies along tthe way
Her writings include  legal/business affairs for the New York Law Journal and  more than a decade of cover stories on the business, legal issues and and key figures in the gaming/poker world for Poker Player Newspaper and Poker Digest as well as articles in almost every other major casino-based print publication on  gaming/poker matters.
In her planned memoir, "Raising the Stakes"..., Wendeen expects to highlight lessons learned in high stakes negotiations--from the board room to the card room.

Wendeen Eolis is a veteran lecturer, seminar leader and workshop moderator. She uses her experience in business, law, politics, government  and poker, interchangably,  explaining similar and different principles of negotiation that are applicable.

She speaks to a wide variety of audiences--lawyers, executives, politicians university students, corporate and charitable events etc.  Her topics share a common thread--negotiating ecxcellence--at work, at home, and on the road.  A representative sample of events includes:

And in all of her public appearances Wendeen she reminds her audience of crucial differences between negotiations at the poker table and elsewhere. She says, "In life I look for fair results in which I win,  you win and we continue the relationship. At the poker game there are negotiations as nuanced as in other parts of life, but winning is something else entirely. The goal has to be, I win, you lose, and I kill you! " She makes clear, "I like the game of poker, I like the life of fair play."

"Wendeen provides an insightful framework for negotiating which is broadening in strategy development but disciplined in approach. Using a uniquely provocative poker context, Wendeen helps you to recognize new avenues of communication."
- Rosemarie B. , COO

"Wendeen's negotiating wisdom includes unique insights on how to play to your strengths with spot-on illustrations."
- Dr. R. Jellinek, Psychologist

"Wendeen is fearless and unmatched in her skills in negotiating employment offers and separation agreements, and is unwavering in her devotion to get the best deal possible for her client."
- Deborah K. Banking Lawyer

"Wendeen is an incredible speaker, teacher and overall role model for women.  I recently invited her to speak for my not-for-profit women's career transitions workshop. She blew us all away with her  personality and extraordinary experience, providing clear and concise strategies for successful business negotiations. If you have the opportunity to work with Wendeen, grab it. You won't be disappointed! "
- C. Hyatt, CEO

"Wendeen's advice was crucial in guiding me to a new career."
- G. Adler, COO

"Wendeen channels her knowledge into advice that is tailored to each client's individual needs. She's a strategic thinker as well as a practical one, making her advice highly actionable."
- D. Torres, Senior VP Legal

"Wendeen is a skilled collaborator, negotiator and C-suite executive coach who has worked with business leaders and Heads of State. She is strategic and adept at processing information and solutions driven."
- S. Stamps, Member BOD, Fortune 600

One benefit of working directly for Wendeen was the chance to observe deal-making at its highest levels. I was invited to sit in on certain business negotiations and legal strategy sessions with principal players in diverse industries industries and participated in conversations with important figures in the executive branch of the federal government, as well as with two U.S. Congressmen, and a U.S. Senator. The whole experience served as an intensive course in business negotiation strategies.
What I am most grateful for, however, are the information management skills and methodologies that I learned at Eolis. So, my advice to you is this; if you are ready to work hard  with Wendeen and seek to benefit immensely from the experience you won't regret it. It iswell worth your time."
- C. Zerner, Lawyer (former Eolis intern)

"Wendeen is among the best connected people I know and the reason for it is that she provides high quality, thoughtful advice tailored to the individual needs of her clients and friends. I highly recommend her."
- C Humphrey (Retired, former AmLaw 100 Law Firm ,Partner

"I know Wendeen to be smart as a whip and well-connected at high levels of the corporate and political worlds.  I retained Wendeen in a uniquely different context...  for a film project I was developing set in the world of gaming - where she is also a  well-respected and well-connected expert. She knew everybody, and they knew her!  She is honest, always cheerful & focuses like a laser on the task at hand. I greatly recommend her, and look forward to the next opportunity for us to collaborate.."
- D Atkins, Owner Producer Movie Company.