The deed has been done. Congressman Barney Frank (MA) has introduced the Internet Gambling Regulation and Enforcement Act (IGREA) of 2007 into the United States House of Representatives. IGREA is a cleverly constructed piece of legislation.

IGREA is an innovative frontal assault on UIGEA

Representative Frank attacks the pertinent portions of the Unlawful Internet Gambling Enforcement Act (UIGEA) without any attempt to repeal it. He focuses on the issue of credit cards for online gambling paymentsâ€”a matter that falls squarely within the control of the Financial Services Committee’s portfolio. And he offers up his own plan for the future of online gaming with provisions for licensing and regulating it.

The Congressman recently summarized his decision to carry the IGREA flag, explaining, “I spend a lot of time worrying about how to protect people from others, but I have no more time to worry about protecting people from themselves.”

Michael Bolcerek, President of the Poker Players Alliance, applauds Frank’s legislation. He crows, “We are very excited about this bill.” Bolcerek claims his association has 442,000 + members, and he anticipates attracting another fifty thousand within a matter of weeks. Of late, Mr. Frank appears to be impressed with the potential political power of online poker players. 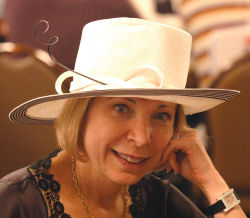 A few short weeks ago, the Massachusetts Senator made a public point of shunning any collaboration on his bill with the online poker industry, and in particular with PPA Chairman, former Senator Alfonse D’Amato. During that same period, he noted that he would not consider a specific poker carve out in his legislation, explaining he was not persuaded of any reason to distinguish poker from blackjack.

This week, however a seemingly more enlightened Frank has seen fit to make repeated public references to the mushrooming resentment of American-based poker players over government efforts to crush online gaming by American residents. Two days ago, in an interview on National Public Radio, he told his listeners that there are a lot of poker players out there who are angered by the bureaucratic attempts to deprive them of the right to choose a little Texas Hold’em after dinnerâ€”from the comfort of a cyberspace seat in their homes.

In comments following his press conference last Thursday, Mr. Frank also showed a grasp of the swelling grassroots movement among poker players across the country. He suggested that poker players may not be known for having gone to the polls before, but predicts that next time around, they will be there in droves, ready to pull the voting lever likeliest to take anti-gambling politicians down.

IGREA is on a slow track

While Frank’s recent comments are heartwarming in the online poker community, his commitment to working toward passage of this bill, is hardly set in stone. Last week while in Brussels, he highlighted this point after meeting with European Union Commissioner for Internal Market and Services, Charlie McCreevy. Mr. Frank said that part of the purpose of his bill is to test the level of support for it, but that no major victory was likely any time soon. He added that his bill is not focused on the broader issues raised by recent World Trade Organization rulings. He said, “My committee only has jurisdiction over credit cards.”

Representative Frank’s narrowly bounded tour de force has been an obvious labor of love and drama during the past several weeks. IGREA of 2007 addresses several issues of varying merit that are raised by anti-gambling groups: potential money laundering, gambling addiction and perhaps most heatedly, as of late, underage gambling at online poker sites.

Mr. Frank noted in his press conference last Thursday, in addition to an enforcement framework, with provisions to license and regulate online gambling, there are also appropriate opt-outs available to individual states, Indian tribes, and sports leagues.

Gambling law expert Chuck Humphrey comments on the new bill as follows: “The Frank bill brings two improvements to the online gambling arena: It creates a licensing authority for online gaming operators that applies on a nationwide, rather than a state-by-state basis and it solves the conundrum created in last year’s Unlawful Internet Gambling Enforcement Act of legal online gaming being able to be conducted only in a single state at any one time.” Humphrey added, “The present text of the bill has some significant internal inconsistencies and apparent oversights that will need to be corrected in Congressional committee sessions. One such example; states can opt out of allowing a licensed operator to offer online gaming to its residents. But, it is not clear whether the test is that a state must specifically permit one or more forms of online gambling or whether the only requirement is that a state not have a law specifically prohibiting a given form of online gaming.”

The gambling industry’s generally high-kicking celebration of the Frank bill is not necessarily universal, however. Even within the increasingly united ranks of the online poker world, at least one high-profile online poker entrepreneur is reserved about Frank’s proposed legislation. He says, “With only 11 states in which private sector gambling is legal, I’m not sure that in the end we will get very far, if states have an opt-out provision.”

Mr. D’Amato, who is leading the charge as the PPA’s chairman and chief flak, has been a man of few public words lately, giving little more than polite lip service and serving up nice platitudes to the Frank bill. He has said, â€œIt’s a common sense approach.â€ From inside the Beltway, comes word that D’Amato and the PPA may be more excited about Florida Representative Robert Wexler’s imminent plans to submit a poker carve-out bill.

If D’Amato helps to get the UIGEA undone, not only does he complete his mission for the PPA, but he also stands to earn a â€œknock your socks offâ€ bonus directly from some online operatorsâ€”according to a big player in the off shore online poker business.

For the moment, Frank has put IGREA in the spotlight, and he is basking in the attention it brings on his civil libertarian views. He seems to be unconcerned about all that is going on in the wings.

For example, so far, Senate Democratic Majority Leader Harry Reid appears to be standing pat, signaling continued support for just one piece of gambling legislation-a study bill that is slated for introduction by Nevada Representative Shelley Berkley next week. Representative Berkley’s anticipated bill may come almost directly on the heels of Frank’s bill; it is unclear as to whether or not it will steal some of Barney Frank’s thunder. And then there are the increasingly audible rumblings emanating from Mr. Wexler’s office, where the friendliest bill to poker may be gestating.

Both Ms. Berkley and Mr. Wexler are among the 11 co-sponsors of Frank’s bill. According to the spokesperson for the American Ganing Association, high profile casino leaders are taking a hard look at the Frank legislation this week. Mr. Frank is certainly having a bright moment in the sun.

Yesterday I caught up with Shelley Berkley over lunch. We both chose sushi. It was a Dutch treat deal with her on a cell phone in Las Vegas and I on my mobile in New York. We talked about the week that was in online gaming quarters.

Ms. Berkley had not made it to Frank’s press conference in Washington, but she was totally in the loop on the day’s activities and the events that led up to her and her colleagues’ decisions to line up as co-sponsors of the IGREA bill. She said, “I am cautiously optimistic about it.”

“Can the PPA play a positive role here?” I inquired. She warned that the PPA members must come out in force and make their voices heard with their representatives. â€œIs D’Amato an asset in the process?â€ I then asked. She moved the conversation away from D’Amato, but offered more generally, â€œIt is the PPA membership, in a compelling grass roots movement of its own, more than lobbyists, who will create the real prospect of victory in this fight.â€

We returned to the subject of the Frank bill. The Congresswoman praises his effort â€œto ignite the debateâ€ that should have taken place before UIGEA was considered for a vote last year.

Robert Wexler is at stage right

Online poker players are still hopeful of a fast and complete rescueâ€”in an unfettered poker carve-out from UIGEA; one that excludes poker from any gambling prohibitions, by treating it as a game of skill. This is the road that Representative Wexler is reportedly poised to travel. Passage of a bill based on this strategy is a near-term long shot according to most everyone’s calculations on the Hill. But the jury is still out as to who is whistling Dixie and who will actually make headway in Congress with favorable online gambling legislation this year.